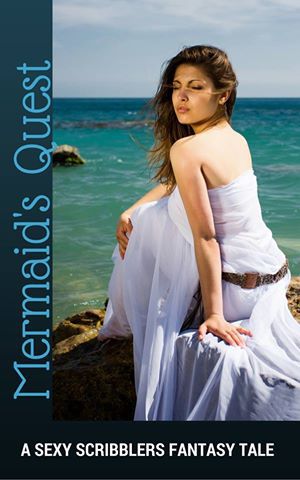 “Humans are greedy, manipulative creatures that crave chaos and glory. They are ungrateful, vile beings, incapable of goodness. They are conquerors by nature—ready to destroy every culture they come in contact with. Yet, we now find ourselves in the unfortunate position of relying on them to help perpetuate our species.”

Narissa waited patiently for Elnora, the leader of the Lemurian Council to finish her speech. Elnora glided back and forth, her milky eyes appraising the seven females summoned to the Council’s meeting room. She was frightening, not just because of her gills and rough scales. What was more alarming was Elnora’s position in the Council. She single-handedly made most of the decisions, which were readily agreed upon by the others. No one dared to oppose her.

Even when she was wrong.

As an older Hydronid, Elnora lacked the ability to morph into human form. That was probably why she judged man so harshly. From what Narissa had learned about humans, she didn’t entirely agree with Elnora. Hydronids, who would be considered mermaids by ancient humans, had a similar genetic makeup to human females. By despising humans, Elnora despised part of herself. It was this same type of inter-species hatred that had caused Lemurians to destroy themselves years ago.

“As despicable as these creatures are,” Elnora continued, “we share much of the same DNA. Thus, they are the most logical choice for breeding.” She hung her head. “I wish there were some other way, but we must lower our standards and mate with these pathetic animals to ensure our survival.

“Living miles beneath the sea, our underwater fortress has afforded us protection from enemies who cannot survive the depths and the darkness of our world. However,”—she turned, her long tail sweeping angrily behind her—“this sanctuary has also kept us isolated from other civilizations, with no one to help us through our bitter civil wars with the Octopi. We’ve been cut off from trade, resources, and all further growth.”

Several of the older council members nodded their agreement. They were all females who’d endured the loss of husbands, sons, and fathers in the last twenty years. Narissa’s father had been killed when she was a young child, so she felt the same pain as the others here.

“There have been no males in Lemuria for over two decades,” Elnora needlessly reminded them. “Our species cannot be left to die out. I simply will not allow it.” She studied the faces of the seven young women standing before her. “Each of you has been chosen to leave our world and mate with human males.”

Shocked reactions rippled through the room. Some of the women’s scales flattened against their bodies. Others streamed sulfurous, yellow bubbles from their gills—an obvious sign of distress.

Born to a Hydronid father and a half-human mother, Narissa was more human than any of the other women assembled. She’d always considered her ability to morph between shapes a curse, some sort of deformity she’d never wanted in the first place. Now, she realized she could easily navigate amongst humans. Still, the idea of breaking the water’s surface was terrifying. She might never come back!

The world above was rife with enemies and obstacles. Vicious octopi that could suck the life from her with their deadly tentacles. Toxins from man’s polluted water and oil slicks. Commercial fishing vessels with nets large enough to ensnare her.

“Through the merits of evolution, you have been given a wonderful gift,” Elnora said. “Your ability to morph into human form can help you infiltrate their world. It is only through this infiltration that you will be able to keep our species alive. “Find a human man to breed with. Any man! Drag him back here if you must. Our survival is in your hands.”

Narissa didn’t want to leave her watery haven, but to ensure the perpetuation of their species, she must mate with a human male. The only problem was, where would she find such a man?

Get more short stories at http://sexyscribblers.com/