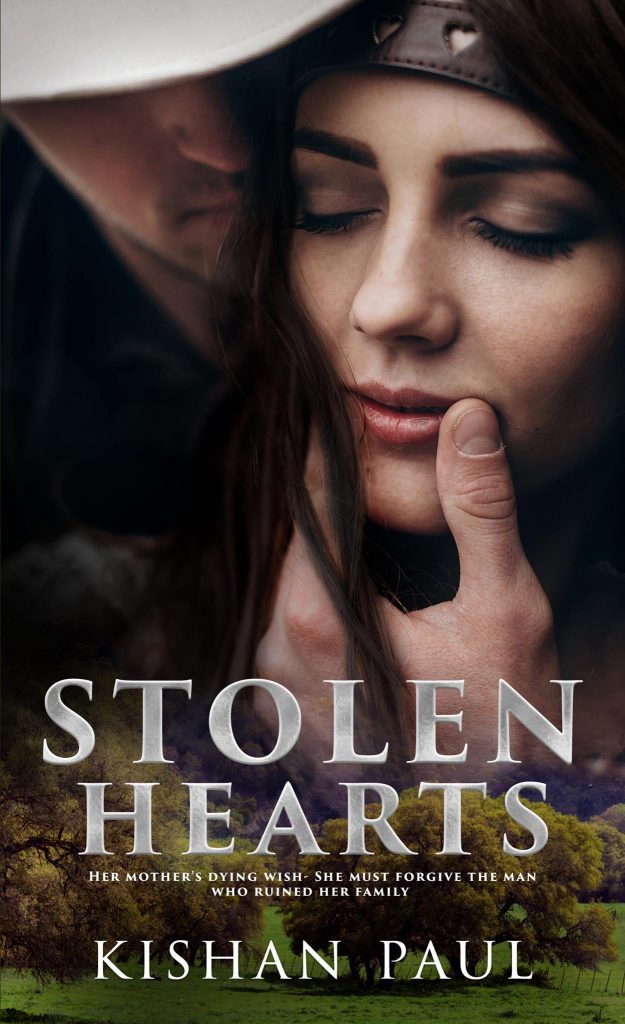 He ripped her life apart. She's dreamed of doing the same to him ever since.

Six years after leaving town, Charlotte Heart returns to Texas to face the man who destroyed her family. When she finds herself stranded with him in a dusty little antique shop, she finally has the chance for retribution. But it's not only anger that boils in her veins.

Lucas Prescott is still haunted by the loss of his best friend—a death he caused. Knowing he will never deserve happiness, he is content with his self-imposed solitude. When a winter storm brings a feisty, curly-haired reminder from the past, Charlotte re-ignites a desire that not even the weather can cool.

Sparks explode between the two, exposing fragile hearts and dark secrets that will either heal their wounds or destroy them both.

“Are you okay?” The stranger's voice was deep. And oddly familiar.

A shudder ripped through her. She kept her lids shut and nodded. “Just fine.”

She sat up, praying her ears were playing tricks on her. But as she stared into the face of the man she had hoped to never see again, she knew it was no trick. The rhythmic pounding of her heart grew louder and louder.

He stood under the awning in a black sweater and jeans that hugged the muscular body beneath. When the wind blew, the brown curls on top of his beautiful head danced. Hazel eyes which used to make her forget how to speak, stared back at her.

Suddenly, running from chain-saw carrying lunatics no longer sounded like a bad way to spend her afternoon.

She returned her head to the icy ground and, for a second time, scanned the heavens. Dear God, tell me this isn't happening.

Memories Charlie had blocked out for more than six years seeped into her conscience. She shoved them away and climbed to her hands and knees. Her purse, and the gun inside, sat a few feet away beside her car. She crawled to it and looped the straps over her shoulder. Using the still open driver door, she pulled herself up. The idea of climbing inside and racing away became more and more appealing to her as she stared inside the car.

A chilly breeze flew past her into the cabin, making the sticky notes on her steering wheel flutter. She stared at her mother's scrawled, almost illegible details of the bracelet. Mama wanted to wear the piece two weeks from now—for what could possibly be her last Christmas Day on earth. Charlie sucked in a breath and steadied herself. No. She had to go inside.

“You might want to walk on the grass. It's less slick.”

The voice left her breathless. Unable to respond, she nodded, grabbed the note, shut and locked her car, and maneuvered to the grass in front. Carefully, she let go of the security of her vehicle and took slow steps through the lawn toward the still open door. She refused to look over at the man standing beside it. A big hand stretched out as she neared. She ignored it and shuffled her way past him.

The rhythmic pounding of her heart grew louder with every step. Her head throbbed to its incessant beats. As soon as she was safely inside, she wiped the bead of sweat off her forehead and patted her purse. The bell rang again when he shut the door behind her, and the space felt smaller. Much smaller. Understandable, considering she was alone with the man who killed her brother six years ago.

WOW! This is an emotional read that had me flipping the pages as fast as I could. Kishan Paul tells the story of Charlotte and Lucas in such a way that you feel like you're right there.

Beautiful and powerful, this book drew tears, sighs, smiles and made my stomach flip at times.