Enter to Win a copy of
SISTERHOOD IS DEADLY 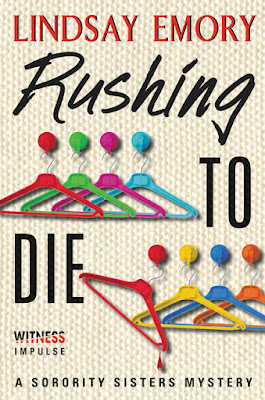 In the second installment of Lindsay Emory’s Sorority Sisters Mystery series, chapter advisor Margot Blythe must expose a sorority row assassin … before she becomes the killer’s next target.

Three months into her tenure as the Sutton College Delta Beta chapter advisor, Margot Blythe has the sorority in tip-top shape, just in time for sorority rush. Snapping and stomping in perfect synchronization, everyone is hopeful that after this rush, Delta Beta’s reputation as “the murder house” will be forgotten.Until a body is found in the Delta Beta backyard. Again. The woman is found wearing a Delta Beta shirt, which is troublesome enough; even more distressing, no one in the chapter recognizes her. Unwilling to let a minor inconvenience like potential murder spoil the social calendar, Margot gladly hands off the investigation to local police cutie Ty Hatfield, while the Delta Beta girls throw themselves into rush preparations.

But when another body is found, with the terrifying possibility of more to come, Margot does the only thing a responsible advisor can do and demands that rush be canceled, making enemies in every house on sorority row. When the resulting furor starts to get dirty, it’s up to Margot to uncover some nasty messes tucked away in the
sorority closets—to save her sisters’ reputations, and their lives.

Not that the Sutton College Delta Beta chapter was struggling. Of course not. The Delta Beta national president had appointed me chapter advisor pro tem, and I wasn’t going to let my sisterhood down. The fall GPAs were higher than they’d been in years, our table manners were unparalleled, and our local philanthropy was positively swamped in more hand-knotted fleece blankets than rescue cats could ever use.

I had devoted myself to ensuring that Sutton College Delta Betas were the smartest, classiest, cutest, best women on campus, all with an eye to one thing—RUSH. Delta Beta was always at the top of the Panhellenic pile, but this year we couldn’t leave anything to chance. Not since the murders.

“Do it again!” The Gineral—I mean Ginnifer—yelled through her megaphone. “And this time, act like you know what you’re doing!”

The sorority women filed out of the chapter room, their heads hanging low. There was some muttering, maybe a wet cheek or two, but I couldn’t show mercy, not now. Rush started in three days; this was not the time to give someone a hug or an encouraging smile. This was life or death. Metaphorically speaking, of course.

We’d had enough of death here at Sutton College ever since two Delta Beta sisters had been murdered three months ago. But some people couldn’t let it go. Like the press. Even though my best friend and public-relations genius Casey Kenner had tried to put a lid on the story, it had spread like an outbreak of mono after spring break. Then Nick Holden, the supertan former network morning-show host, used the story to get ratings for his struggling cable-news program.

The special report, titled the real scream queens of sutton college had brought not only the continued attention of the press on us, but parents and administrators breathing down our necks to make sure the sorority environment was healthy, and their daughters were safe. Now the Delta Beta national president, Mabel Donahue, had even whispered that Nick Holden might have another special in the works.

Basically, this rush had to be perfect. We had to overcome our recent history and show the world that bids to Delta Beta didn’t come on a toe tag.

“Can you believe them?” Ginnifer had sidled up next to me in the back of the chapter room. “They act like they haven’t been practicing this since third grade.”

“It’ll come together.” I tried to sound positive, but the Gineral had a point, as much as I hated to admit it. The chapter’s snapping left a lot to be desired.

Ginnifer’s mouth settled into a determined little line. “It will, or they’ll deserve what’s coming to them.”

“That sounds a little harsh.” I laughed a little even as my stomach felt like it was going to expel the contents of my three-shot three-Equal latte that I’d had for lunch. And the one I’d had for breakfast. And the two I’d had at last night’s dinner.

She made a tsking sound. “You’ve grown soft since you’ve settled down here, Margot. You know as well as I do what this rush means. It’s a brutal world out there. If the Sutton Debs can’t make quota, they’re as good as gone.”

Maybe I had gotten closer to this group of women than any of the hundreds of other groups I’d worked with in six years of serving as a Delta Beta sisterhood mentor (longer than any other sister had ever served, I’d point out to Ms. Martinet if it didn’t sound a little braggy.) But I could still be tough as nails and whip this chapter into prime snapping and perky bouncing and pitch-tastic singing shape.

“Gimme that,” I muttered, as I yanked the megaphone out of the Gineral’s hand. I’d show her the Generalissimo of Rush. 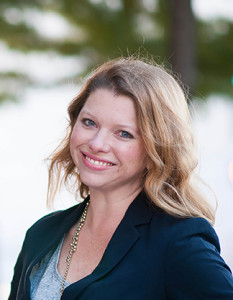 Lindsay Emory is a native Texan and recovering sorority girl. She is also the author of the contemporary romance
KNOW WHEN TO HOLD HIM.
Website | Facebook | Twitter | GoodReads
For a Limited Time get
SISTERHOOD IS DEADLY
for ONLY $0.99 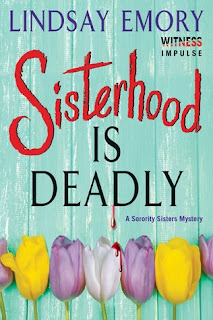