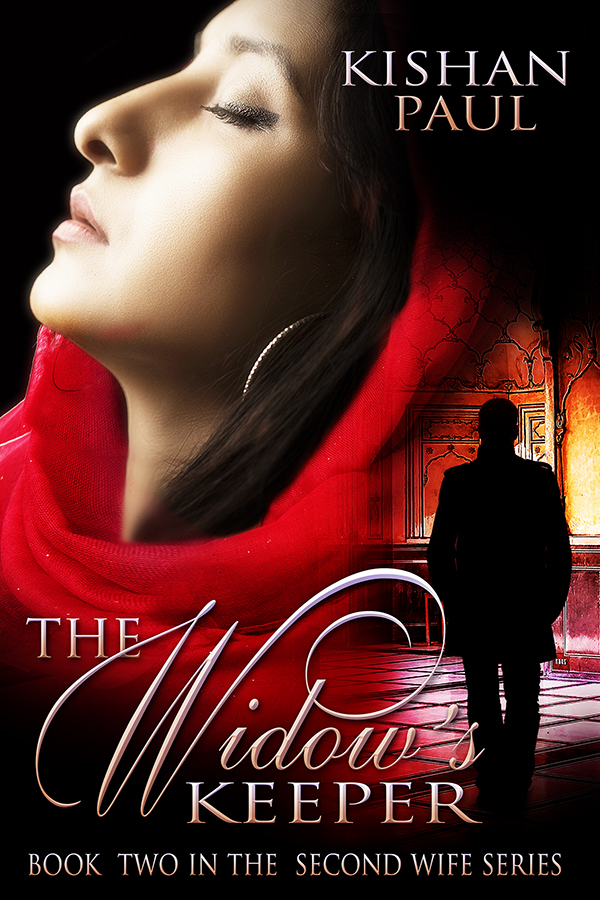 Part of the The Second Wife series:

No matter how fast or far you run, your past will follow...

Three years have passed, and Ally's memories of her kidnapping and torture still haunt her. Determined to keep her demons at bay, David refuses to leave her side.

The lies woven to protect come unraveled. Ally has no choice but to return to the land that once imprisoned her. This time, instead of the sociopath who tormented her years ago, she faces his angry brother. A brother whose thirst for vengeance threatens to destroy everything and everyone she holds dear.

“So what’s next?” Dave’s question had her raising her brows and looking up at him. He shrugged. “I know you have a checklist. What’s next on there?”

Ally bit her lip and shrugged. “Well, I wouldn’t call it a checklist.”

He laughed. “Call it whatever you want, but what’s next?”

She pressed her face into his chest and braced herself for his reaction. “I think I’m ready to go back to work.”

For a good few minutes, he didn’t respond. She wasn’t even sure if he was breathing until his chest finally rose, lifting her head with it. “What kind of work?”

She closed her eyes. “Counseling at the practice.”

When he sat up, she slid off his body and onto her back. Ally stared up at him, watching him rub the back of his neck.

“I lost you because of your job.” A familiar shadow of sadness floated across his face. It was one she’d seen at random stretches the past year and a half. “I can’t even try to count how many times I’ve seen the image in the parking lot on the day you disappeared. Your car still there. One shoe. Your purse and a puddle of your blood, but no you.” His voice cracked. “I… I can’t lose you again.”

Ally got on her knees, straddling him, and sandwiched his face in her hands, forcing him to look at her. “You won’t. Sayeed is dead. It’s all over.”

His eyes searched hers. “Your client kidnapped you and took you away. It happened once, it could happen again.”

“David, we both need to heal. To learn to trust the world again, like my body’s learning to trust you.”

He wrapped his arms around her waist and pulled her to him, resting his face against her chest. “Baby, I can’t lose you.”

Ally held him as tight as he held her. “You won’t. Promise.”

Neither of them moved for an eternity. Ally waited, giving him the time he needed. Finally, David loosened his grip. “No nights,” he mumbled.

She closed her eyes and kissed the top of his head. “Deal.”

His grip on her tightened. “Then no work.”

He looked at her with a sad smile. “You’re humoring me, aren’t you? Making me feel like I have some control in this job decision.”

He rolled his eyes. “I hate it when you do that.”

He returned his face to his favorite spot, at the nape of her neck. When he spoke, his lips brushed against her skin. “Sometimes at night, I wake up thinking you’re still gone and all of this is a big beautiful dream. I have to look over and touch you to make sure you’re really there next to me.”

She ran her fingers through the back of his hair. “I’m not going anywhere again.”

He nodded but didn’t respond.

Wow!! The Widow's Keeper by Kishan Paul is another edge of your seat read by this talented author. Ms Paul has given us a well-written story and filled it with amazing characters. Ally's saga continues from The Second Wife and yes, you may shed a tear or two, but oh, what an amazing tale. Ms Paul brings Ally's struggle to life in the pages of this book. The drama, action and suspense will hold readers captive from the first page to the last. I LOVED The Widow's Keeper and look forward to the next book of this series.

What I absolutely love about Kishan Paul's story-telling is that none of her characters are only good or only bad. She has a way of making me sympathize with a villain even while hating him, and judging a hero even while rooting for him. The complexity of the characters are what make them unforgettable.

OMG this book was everything I imagined the second part to Ally's story would be and more.
It was full of love , regret, sadness , horror and a woman finding the strength to move into a new chapter in her life.
This book sucks you in and digs down deep into your emotions, some parts were hard for me to read but I couldn't stop wanting to find out where the author was going next with the story.
Kishan is a true artist with her storytelling, her words paint a vivid picture of what is going on in the world of Ally.