Beyond Repair Book Tour and My Review

Five years ago, Brooke had everything she wanted… until it disappeared like a magic trick. While she grieved the loss of her perfect future, fate sealed it. Moving on wasn’t an option. It was a requirement.

Now, Brooke has more money than she knows what to do with. But she also has panic attacks, no relationships outside her family, and a daughter. Brooke may have shut down, but there is no way to numb the constant terror that Mia could be taken away from her. She spends her days looking over her shoulder and avoiding her shameful memories.

She’s fine hiding from the world until Chris moves next door. A friendship forms when they unwillingly bond over their painful pasts. As walls come down, their relationship starts to develop into more. Brooke now realizes everything she’s missing out on and wants—a happy and stable family for her and Mia.

But Mia may not be the child with no traces of her father as Brooke assumed. And making a moral choice will risk everything.


This book contains explicit language, graphic sexual content, and sensitive topics which may be triggers to some readers. Reader discretion is advised.
My review:
5 stars
Beyond Repair is the story of Brooke and Chris and Mia. It’s a story about how far you would go to protect the people you love. Brook is a beautifully strong woman who’s plagued by her past and she’ll do everything in her power to keep her past behind her. When Chris enters her life, they both learn to put down their walls and start to heal. Just when things couldn’t get any more perfect, disaster strikes and Brooke is forced to face her past but this time she’s not alone. Kelly Lincoln has weaved a beautiful story filled with love, pain, and hope. 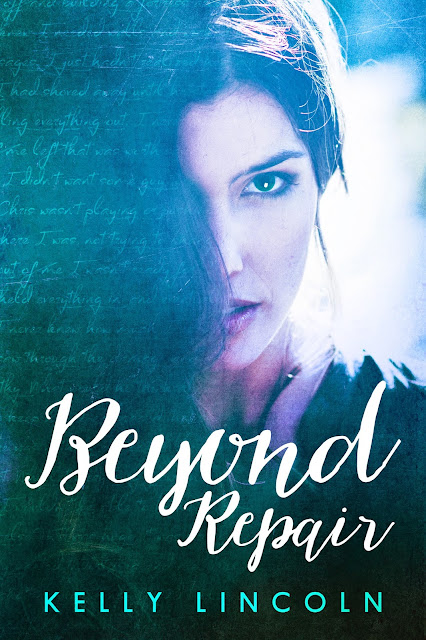 “This was a great book, it is very well written. It’s written in a way you feel the emotions of the characters and like you really know them. I was on the edge of my seat the whole time I was reading. This was a really good book and I would recommend it.” ~⭐⭐⭐⭐⭐ Stars from Cat’s Guilty Pleasure

“Kelly Lincoln is s new to me author. It was a joy to read this book. The writing was well thought out and flowed nicely.” ~ ⭐⭐⭐⭐ Stars from Obsessive Reading Disorder

“I love reading new authors and seeing what I have been missing and Kelly Lincoln is an author I need to catch up on. In two words BEYOND REPAIR can be described as Life Changing.” ~⭐⭐⭐⭐⭐ Star from Melinda’s Reviews

Chris: Is Mia okay?
Brooke: She’s fine, thanks. Back asleep already.
After replying, I debated asking him how he was doing. But before I could decide, my phone buzzed again.
Chris: It’s me.
I stared at my phone in confusion as the sound of a knock broke the silence in the room. Still holding my phone, I stood up.
Not sure what to expect from Chris when I opened the door, I walked into the kitchen and paused with my hand on the doorknob, hesitating for a minute. I hadn’t imagined what happened before. He’d almost kissed me. I didn’t know if he was coming back to talk about that or… his credit card. Of course. I had put it in my pocket as we walked in, forgetting to give it back to him.
I pulled the plastic out of my pocket and opened the door. Chris stood on my doorstep, his eyes restless as clutched his phone.
“Hey,” I said, holding up the credit card. “Did you come back for—”
I didn’t finish my question. As I spoke, Chris took two big steps inside. He cupped my face in his hands, still holding his phone. “No,” he muttered and crashed his lips against mine.
Holy shit. I stood frozen, gripping my phone in one hand and his credit card in the other. But then the reality of what was happening sunk in. Chris’s warm mouth was against mine, his tongue brushing against my closed lips, and I was standing still like a dumbass and not kissing him back.
Before my brain could tell my mouth to start working, he broke away.
“Brooke,” he whispered. His lips brushed against mine as he spoke, sending electric shocks throughout my body.
He backed up, hands still cradling my chin, his phone smashed against my face as his eyes locked with mine, waiting for my reaction. Not breaking eye contact, I placed my phone and his credit card on a small table next to the door. Reaching up, I pried his phone out from between his hand and my chin, and laid it on the table as well.
Then I sprang up on my tiptoes, grasped his shoulders for leverage, and pulled him back to me. 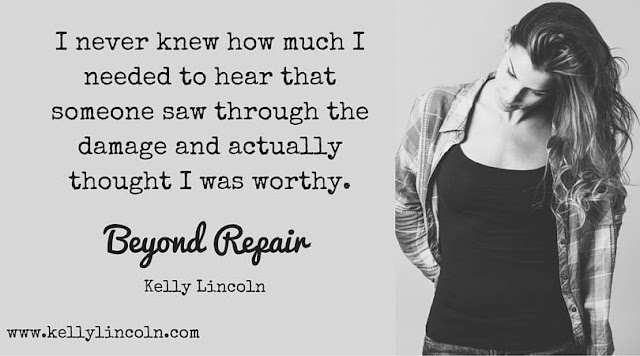 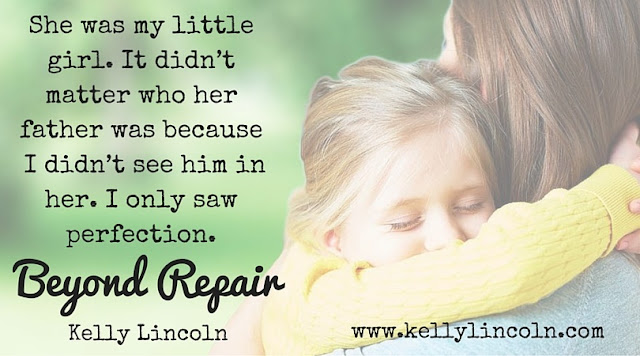 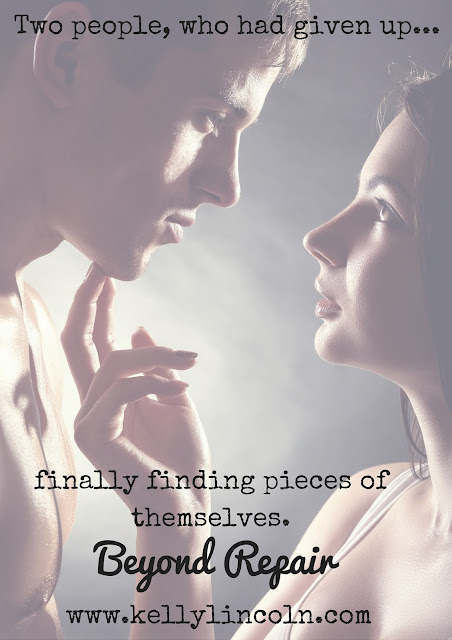 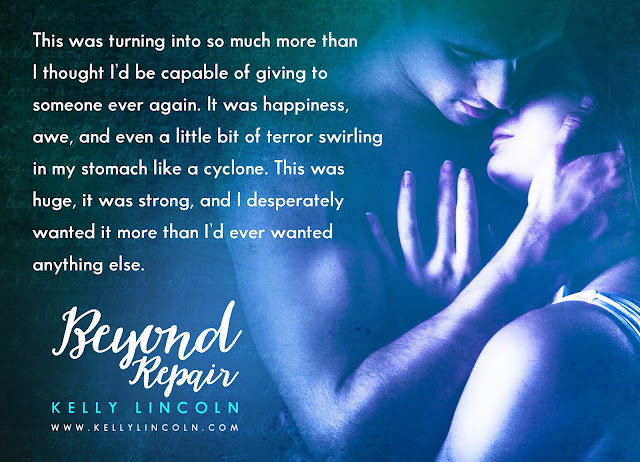 Kelly Lincoln is the author of Insignificant and Beyond Repair. She enjoys reading, inappropriate jokes, all things Disney, and spending time with her family. She lives in the northeast and drinks way too much Diet Coke.

For information about other published works and upcoming releases, please visit www.kellylincoln.com. You can also find Kelly when she’s avoiding writing on
Facebook at https://www.facebook.com/AuthorKellyLincoln?ref=aymt_homepage_panel or on Twitter @KLincolnWrites.
If you would like to be notified via email when Kelly has a new release, please sign up for her newsletter on www.kellylincoln.com.