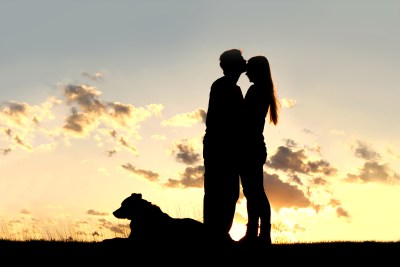 A bullet whizzed by his head and he ducked. “Son of a bitch!”

The guy had the nerve to laugh, but he patted the side of his rifle, an MK-16. “Bertha got it.”

Too bad the laugh was obliterated by utter shock, and the red starburst on his friend’s forehead demanded all Jess’ attention.

His fellow Ranger gaped and keeled over. Blood spatter hit Jess’ face, and he hadn’t realized it. Then the yelling from the rest of their team started, and returning fire and—

“Dammit!” He popped up, panting. His bare torso was covered in sweat. Jess’ brow was too, if the dripping in his eyes was any indication.

Eyes…dammit. The instant vacancy in Chuck’s brown ones would haunt him for the rest of his life.

Freaking dreams. Well, his stupid therapist called them night terrors—like he was five years old. Scratch that, no kid should have to see what Jess had.

Problem was—where he’d come from, three tours of duty later—it’d happened. Seeing dead kids. Dead women. Innocents in a country ravaged by war. Been there. Done that. Add fodder for the nightmares. That’d just f’d him up even more.

Discharge after his own injury had made it worse. He was home. Too bad the desert felt more like it than the bungalow his great aunt had left him in podunkville west Texas. Damn good thing he had it, though. He hadn’t wanted to go home to Tallahassee. Just couldn’t. Pity in his family and friends’ eyes would’ve bothered him more than the supposed PTSD.

Jess opened and closed his prosthetic hand. He’d fallen asleep with it on again. What was left of his upper left arm —a few inches past his biceps—ached.

He threw his legs over the side of the bed and groaned. Unhooking his new arm only took a few seconds. After being kicked loose from physical therapy for almost six months, he was an old pro. He rolled his shoulder and winced.

Damn, that hurts. Tingles shot upward, but it felt good, too. Jess sighed and glanced at his cell. He pushed the button to light the thing up, and the time glared—03:26 hours.

Would he ever get a good night’s sleep?

Might as well shower, he was covered in sweat anyway.

Noise at the front of the small house made him tense and want to reach for a gun. Then there was thumping and a tumble that could be someone rooting around. Jess had a feeling he knew what it was, and sighed instead of getting his Glock.

Cursing under his breath with enough variety to make his whole team of Rangers proud—not to mention a trucker or two—he padded out to the front door and whipped it open. Ran his gaze along as much of the wrap-around porch he could see in the dim light the lamp over the door threw out.

A whine snatched his attention to the three front steps.

Jess’ eyes darted to the blondish ball of fur at his feet. “You!”

The dog wagged her tail.

He ignored the big brown eyes and the adorable few pieces of fur that overhung one, partially obscuring it.

“You don’t live here,” Jess growled at the dog.

“Shelby!” The female voice startled him, but he did his best not to show it.

Show was the right word because when he glanced at the owner of said blonde mutt, he saw that his neighbor. Lindy, or Lindsey or something with an L, was barely dressed.

Her oversized tee had Princess Leia printed on it, and stopped mid-thigh. What a nice pair they were, muscular, as if she exercised by running after her stupid canine. The other pair—her breasts—was fantastic, too. They had a good bounce going on as she ascended the stairs to his porch. No bra, because he could see the outline of her nipples.

His neighbor’s long red hair was loose and messy, and dancing with her movements.

Jess had never noticed how hot she was before.

The little furball wagged her tail.

She hiked Shelby to one hip, which made that shirt ride up.

He had to swallow and avert his gaze. Her underwear would be showing at any moment. Unless she wasn’t wearing any. Which would be better and worse.

“She cried and had to go out. Woke me up from a dead sleep. I let her out then she ran over—” His pretty neighbor’s eyes rose from her dog, but instead of landing on his face, they darted to where his left arm used to be. Stayed locked there, too.

“Just get your damn dog, and keep her away from my place,” Jess growled.

He made his way to the kitchen and whipped open the fridge, reaching for the quart of organic milk. Not bothering with a glass, he twisted the little plastic cap off and brought the container to his lips. The cold liquid flowed down his throat and helped ease the burning dryness that always accompanied his nightmares. After several large gulps, he wiped his mouth and placed the milk back on the shelf.

Now that he was wide-awake, he sat at the table and stared at the clock on the stove. The power had gone out a few days ago, and the damn digital numbers blinked like a neon light in the darkness. He shoved his fingers through his hair and realized he was shaking, and his heart was in overdrive. A slow, deep breath in just like his therapist had told him.

Slowly, his heartbeat came back to normal, and the vision of her nipples came into view. He wondered how they would taste. How her body would feel beneath his, but then he remembered how she’d looked at the empty space where his arm should have been. No sane woman would want a guy like him.

Half a man, that’s all he was, and what did he have to offer? Nights filled with thrashing and screaming in bed and not the fun kind either. He would do well to hire himself a hooker, get a little pussy, and ease the ache between his legs. His dreams of having a wife and kids had died on that battlefield along with part of his soul. There was no getting that back. Normal would never be part of his vocabulary again.

Pushing himself to his feet, he stretched. “Might as well get that shower now.” In a few more hours, he would head out for the thirty-minute drive to the Paws for Veterans facility. He’d received a call a couple of days ago, letting him know they had a dog they thought would be a perfect match for him. The coordinator emailed him a photo of a chocolate lab named Java. Part of him wondered if this female would shun him as well, but dogs weren’t known for judging people. He prayed this worked. He’d heard a lot of good things about the program, and lord knew he really needed to get his shit together. There were days he couldn’t leave the house due to his panic attacks. If this dog gave him even a small sense of normalcy, he’d take it.

Lindsey Marshall rolled over on her bed, again, and punched her pillow, again. What the hell was wrong with the guy? It wasn’t her fault Shelby had taken a liking to him. God knows why. Sure, he was gorgeous, but he wasn’t exactly putting out friendly signals. And she doubted dogs were swayed by chiseled features and killer bods.

Except for that arm.

Shit, she’d been staring again. Her curiosity would be her downfall. She just wanted to know the story. And what it felt like, or didn’t, as the case may be. Asking deeply personal questions in the middle of the night when they were both half-dressed, and not in bed together, was, as her daddy always said, ill advised.

She flopped onto her back and knew it was hopeless. She couldn’t get the image out of her head. Not the whole missing arm business. The other, toned muscle, smooth skin, damn near perfect, business.

She flicked on her bedside light and stared at her phone. Four o’clock. Her coffee maker was programmed to switch on in two and a half hours. There was no way in Hades she could wait that long for caffeine. She climbed out of bed, pulled on a pair of running shorts, and shuffled into the kitchen. Shelby thumped her tail from her bed in the corner.

“Yeah, good morning to you, troublemaker.” Luckily for the mutt, she was the cutest thing ever, and so it was easy to overlook her bad manners. Volunteering at the shelter came with the risk of wanting to bring home a pet. Shelby had caught her eye on a day when she was feeling particularly lonely. And just last week she’d been mightily tempted to adopt the cutest calico kitten.

She switched on the coffee maker and headed for the bathroom. Finished with her shower, a cup of java in hand, she stood in front of her closet and considered what to wear. She had to fill in for someone at Paws for Veterans, so her usual working attire might not be appropriate. She’d take her gym clothes and change before heading to her first class. She pulled on skinny jeans and a cotton tunic then examined the effect in the mirror. Put together but casual. Stylish but approachable. Heck, who was she kidding, they were clean.

After taking Shelby for a walk, on the leash so there’d be no more forced interactions with the grumpy guy next door, she sat at the table and reviewed the info she’d been given from Paws for Vets. Only one meeting scheduled for the morning, an amputee who’d recently moved to the area. She gazed in the direction of her cute neighbor. He might benefit from a companion dog. Maybe she should mention something the next time they ran into each other.